An important component of the preservation efforts of the Pennsylvania Dutch dialect are the many gatherings that are held in central and eastern Pennsylvania.  The oldest among these are the fraternal Groundhog Lodges (Grundsau Lodsche), the first of which was held in 1934.  Information on these lodges, dates, and how to contact them to attend a lodge meeting can be found here. Serious Nonsense by William W. Donner provides a history of the lodges and their cultural significance among the Pennsylvania Dutch. 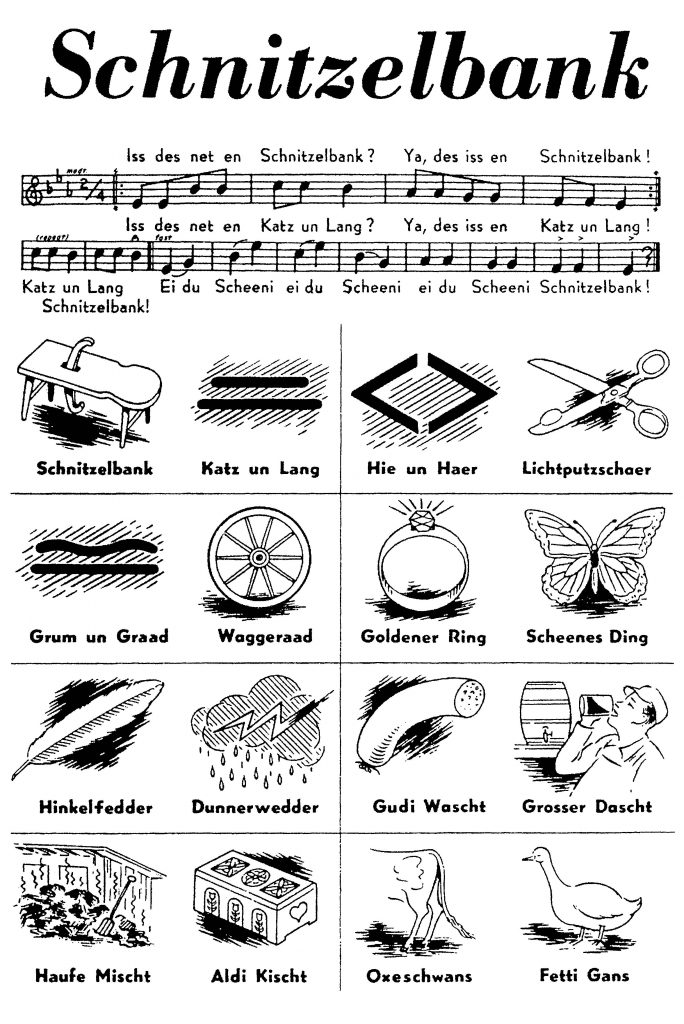